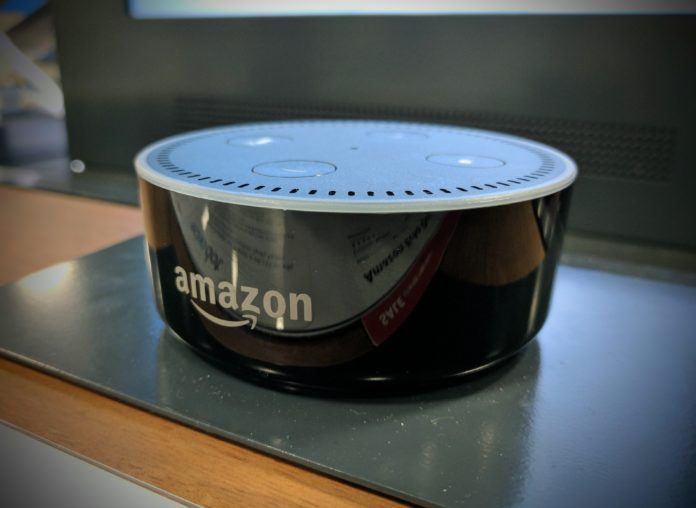 The Amazon Echo smart speaker sees a huge increase in sales over the holiday period. According to VoiceLabs, a voice analytics firm, sales of the Amazon Echo rose by 400% between November and December in comparison to the first quarter of 2016 (between January and March).

VoiceLabs’ CEO Adam Marchick tells Forbes that “This holiday season saw one of the biggest jumps in terms of units sold, which equates to a lot more Echos in the wild.” This year’s Echo sales are estimated at 4 million units, in comparison to 1 million units sold last year.

Though, the executive believes that Amazon could have sold even more but the online retailer’s “out-of-stock issue looks to be a big deal.” Marchick explains that “Despite still having Echos and Dots available in retail stores, Amazon sales in December look to take a hit, starting on the 13th of December. Not surprising, since consumers will wait until the device can be delivered to purchase.” 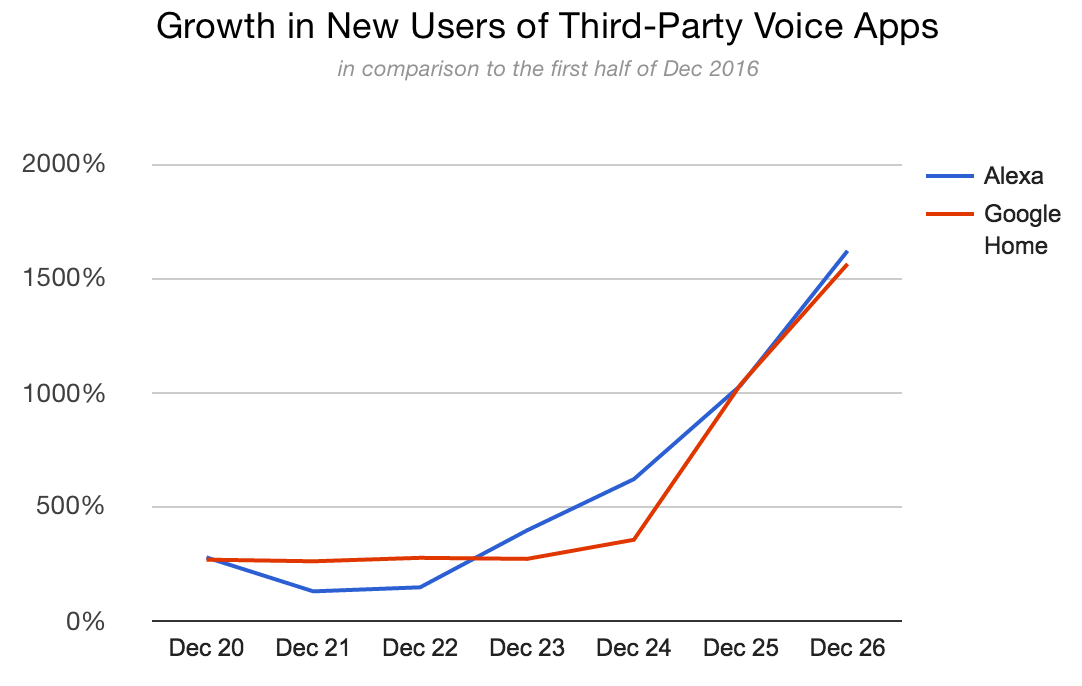 Google’s smart speaker, Google Home, also saw positive growth over the holidays. No official sales figures are available for the Home, which was first made available this year, but Marchick says they’re was a “spike in Google Home activations and usage.”

Moreover, the number of Google Home users quadrupled between December 24 and December 26. VoiceLabs says that this indicates that consumers are eager to use the device, and do not consider the Home to be “shelf-ware.”

It should also be noted that the Amazon Echo and Google Home’s third-party developers were able to reap the benefits too. In a post on the VoiceLabs blog, the firm explains that towards the tail-end of December there was a massive growth in the use of third-party voice apps. Although it’s unclear exactly which third-party apps benefited the most, VoiceLabs says that usage of these apps increased by over 1500%.

The firm also suggests that these impressive statistics are just the beginning too. VoiceLabs says that 2017 will be the year of “Voice-first” and so it will be interesting to see how both Amazon Echo and Google Home can outdo their 2016 success.