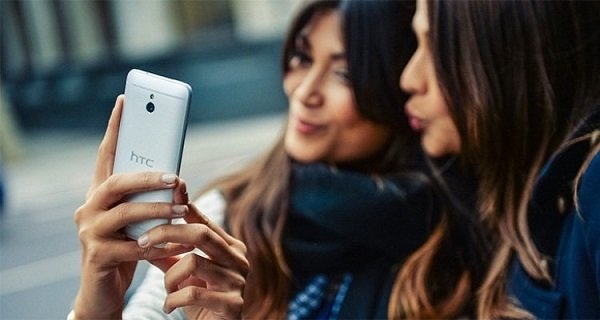 Looking at the big three smartphone manufacturers – Apple, Samsung and HTC – it’s not difficult to identify what each of them is best at. Apple are great at simply selling lots of iPhones rather than the quality of them, Samsung are great at being at the bleeding edge of technology with each of their phones offering some new-fangled tech features and HTC have always been brilliant at cameras.

In particular, HTC have pioneered something that they call “Duo Camera”. Whilst the front facing camera on a smartphone typically pales in comparison to the one on the rear (because landscape shots usually need to be better looking than your average, Instagram selfie), HTC worked to ensure that both camera lenses were pretty darn decent.

On the HTC One (M8), their latest flagship, the rear camera was made up of UltraPixels rather than your usual megapixels and the front facing camera was 5 megapixels and it even incorporated a depth of field sensor and a smart stabilisation feature allowing for crisper photos that can be edited in new and improved ways. So it makes sense then, that as HTC send out invites for an October 8th announcement, that everyone would assume it’s camera related.

Not that HTC haven’t been dropping hints, mind you. The October 8th event in question is called “Double Exposure” which is hardly a name that sounds smartphone related. Furthermore, on the invite itself the two subjects are using a HTC phone to take a selfie, suggesting that HTC knows what they’re known best for and are looking to embrace it. 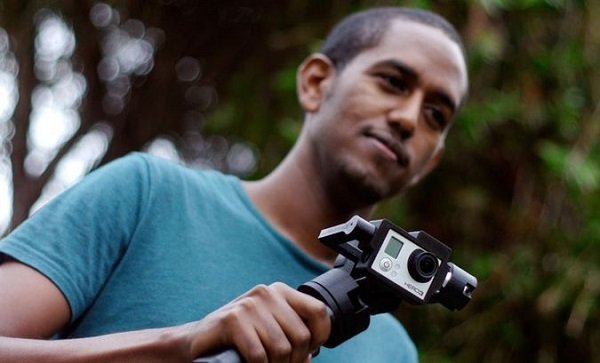 So where does the ‘GoPro rival’ hypothesis come from? GoPro of course is the action capturing camera that you’ve probably see musicians and athletes alike wave in the air to capture themselves singing, performing or competing without the hassle and with the device’s growing popularity, HTC wants to get in on the action.

According to sources that spoke to Bloomberg, HTC’s GoPro competitor will feature an ultra-wide lens, a 16 megapixel sensor and it’ll work with Android handsets and iPhones, which will put them in a good standing with both a home and away crowd. Meanwhile, the device will have Bluetooth and WiFi connectivity and we can even expect there to be an app for it.

There’s no word on the release date yet, but HTC would likely want to shuffle it out the door before Christmas to gain holiday sales and to stop GoPro from completely running away with the market. This is especially the case when you consider that HTC’s profits have fallen dramatically. Even with the stonking great success of the HTC One the company has been unable to turn things around and after pinning all of their monetary hopes on the HTC One (M8) which launched earlier this year, their situation has gone from bad to worse.

So, like any company with falling sales, declining profits and things only set to become uncomfortably dire, HTC are going to diversify. Their GoPro rival won’t be the last of these attempts at diversifying their revenue stream (HTC are also said to be working on a smartwatch) but it’s certainly an intriguing first.

More on HTC’s October 8th event when we have it.

Are you looking forward to HTC’s GoPro rival or do you think they should stick to smartphones? Let us know in the comments.