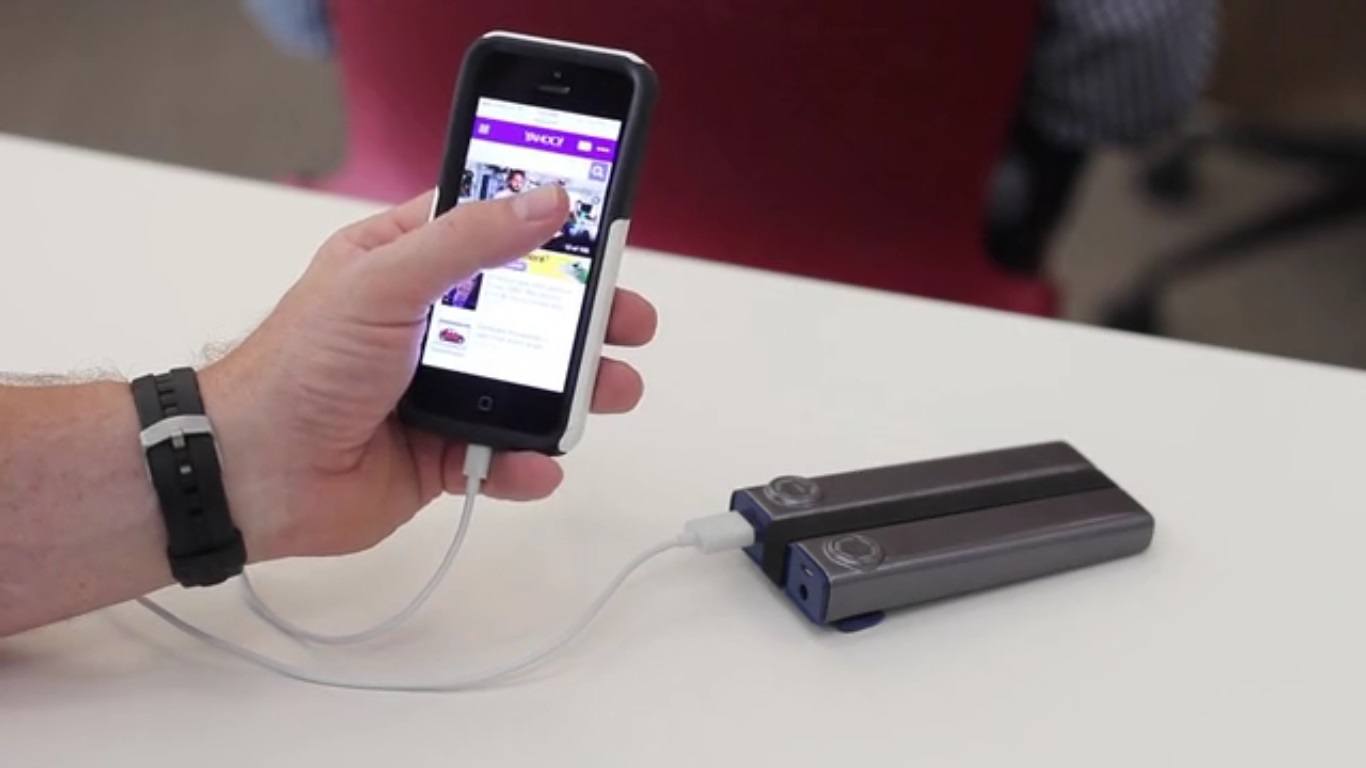 So how fast is fast enough when it comes to charging your smartphone battery? 1 hour? 30-40 minutes? Apparently a kickstarter company didn’t think that was fast enough and invented the Pronto 12, a fast charging battery that is said to charge your phone battery in just 5 minutes.

The introduction of portable chargers has made it a common practice for smartphone users to lug around these extra batteries. A lot of electronic brands have released their take on the portable battery but the few competing feature the batteries have are just their price and energy capacity. No other feature can really make an extra battery stand out among the others.

Not until the Pronto 12, where speed of charging has become their main selling point. 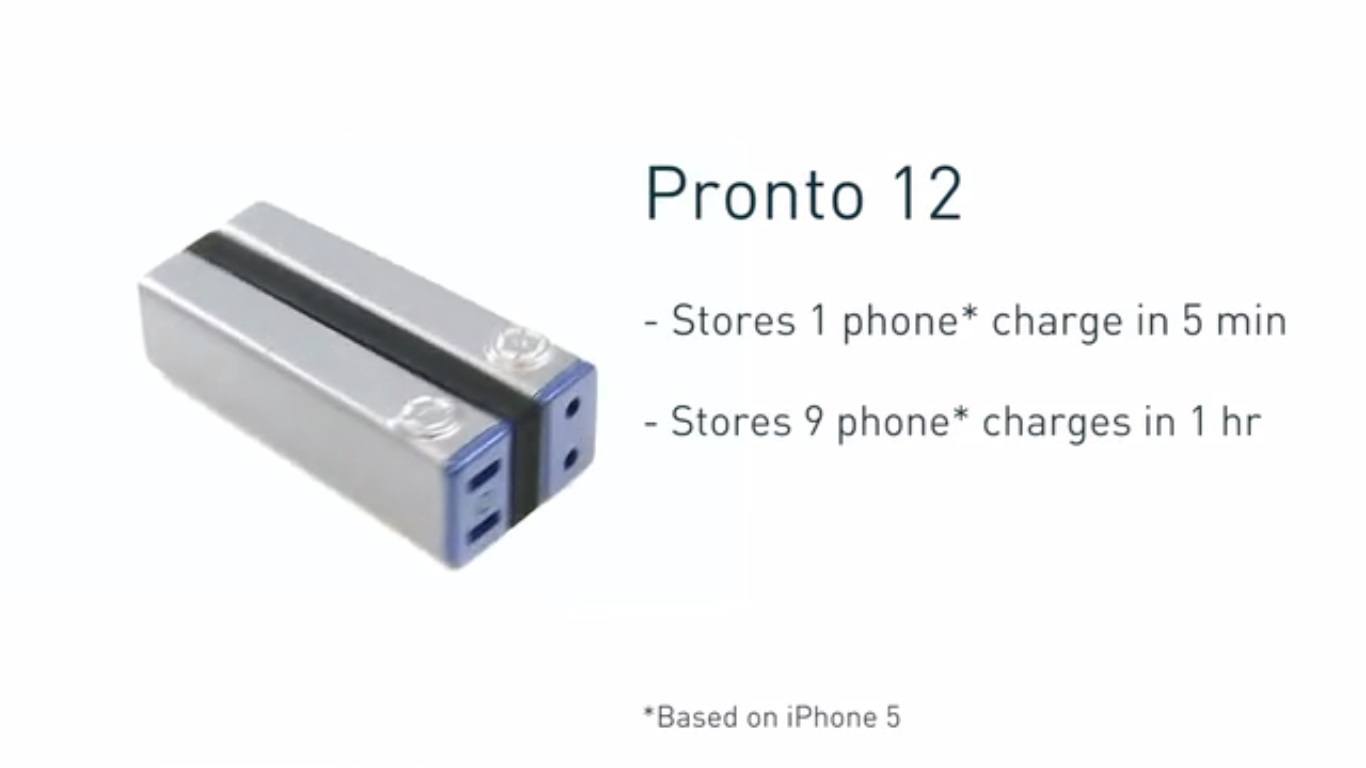 The development team behind Pronto created two versions of the battery, one with a smaller capacity that can charge an Iphone theoretically up to 5 times while the bigger pronto 12 can charge the mobile gadget to up to nine times in a single load. While they say that the Pronto charges phones in 5 minutes the Pronto battery itself also charges and loads up in 5 minutes.

Other features of the battery are the number of ports available for charging. While the Pronto 5, which is the smaller of the two, has only one USB port which is common among all portable batteries, the Pronto 12 on the other hand has two USB ports which would allow users to charge two devices at the same time.

Yet another unique feature of the battery is that it can charge larger electronic devices like laptop computers and cameras can also be charged by the Pronto 12 since it gives off a 12 volt output. This currently has not been attempted by other portable batteries.

The funding has already reached its target goal for this project and has ended days ago. Interested buyers can get the Pronto 12 for $99 and the Pronto 5 for $59. Shipping is said to begin next year March. 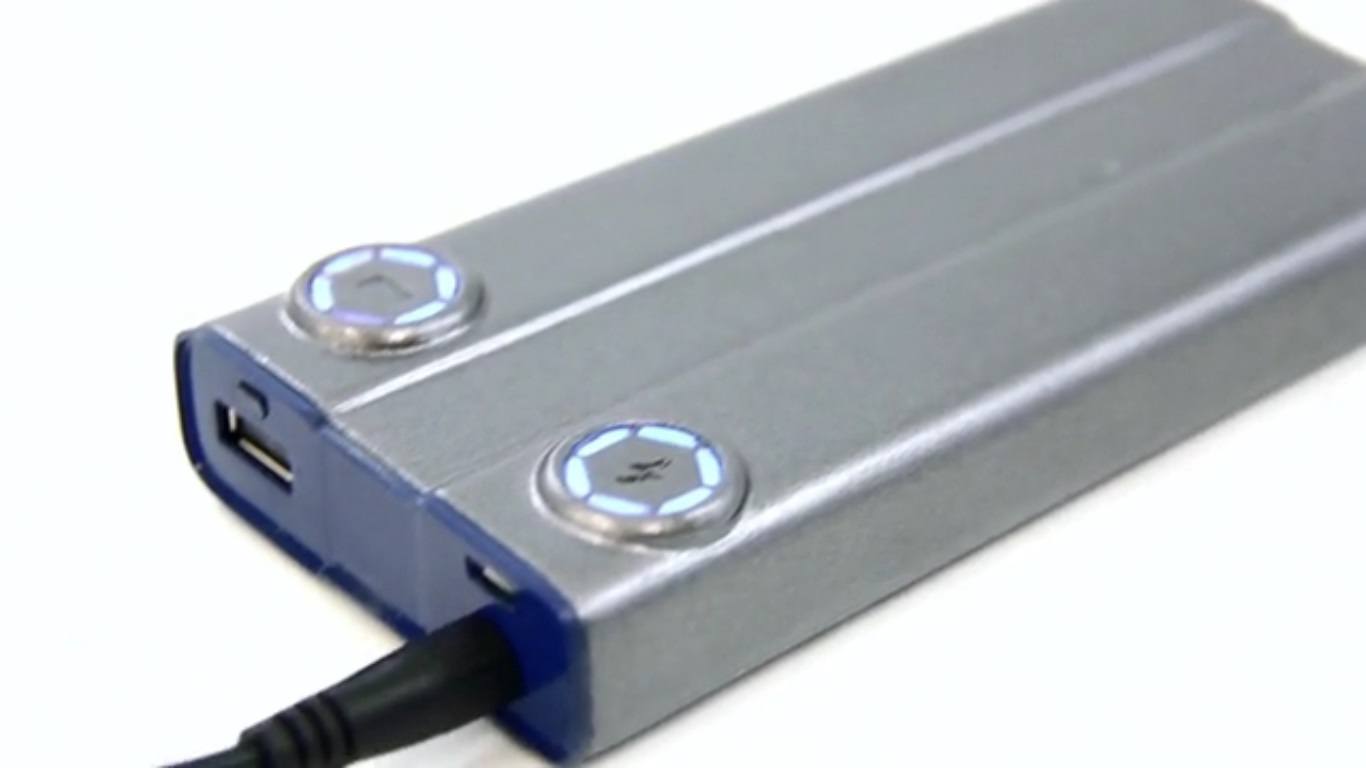