TechieIO.com
Home Tech News Will Apple ever come out with a dual screen iPad, iLap? 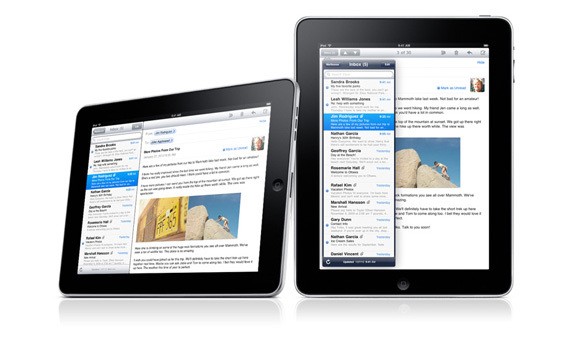 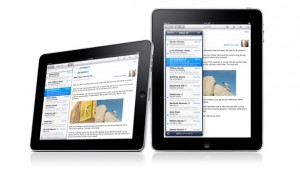 Apple is notorious for surprising consumers more times than most, but also it let’s us down equally enough with being behind the times far too often . However, that’s something to appreciate  when it comes to Apple’s products. We know that the vision of Steve Jobs still lives on within the future of Apple and when a product isn’t ready, it “isn’t ready” as Steve would often state.

Apple is very cautious when making moves into new markets unless they are 100% certain that it’s consumer ready. We have all come to love our new iPad’s and we still wonder “what is next” from the REAL Apple?

One might suggest that improved existing products are on the forefront, and indeed they are. However, what about a Dual Screen laptop/ipad scenario? Is this something we will see in the “near” future from Apple? I certainly think it may be a possibility , but I am not putting my money on it just yet. We know that ACER attempted a dual screen laptop, and for some reason they just did not move off of shelves according to many reports and interviews with managers at the store level such as Fry’s Electronics. While that unit was “discontinued” it still had a lot of potential, but it’s one mistake you wouldn’t see Apple risk, and that was that ACER released it’s Iconia Dual Screen laptop model way too early to survive, and that fault was who’s? Was it Microsoft for dragging their feet on Windows 8? Possibly.

Without getting into too much detail, we know that the ACER Iconia Dual Screen laptop had a semi-native touch screen GUI , but it wasn’t native enough. Windows 8’s new claim to fame will be it’s new “touch” interface which is now native compared to any existing band-aids created by the PC software giant.

Now, since I’ve mentioned the “problems” with the recent only real known dual screen laptop, though others do exist… The question is, Will Apple product a dual screen iPad , and would it be called the iLap? It’s unlikely to be called an iLap , simply because there are so many other products already on the market that exist with this label. However that hasn’t stopped Apple from it’s naming conventions in the paste, with a handful of litigation projects to keep their strategies brewing north. Regardless of the naming issues, it may make sense as it’s no secret that the new Mac OS X Mountain Lion, is moving sucking in the iOS features directly into it’s operating system. This betters the Apple ecosystem of course, ( one might drool over the possibility of having custom domain names in the iCloud/MobileMe in the near future, cough cough ) however let’s take a step back and look at where Apple is headed.

We know that Steve once said his goal is to have a computer in every hand of every consumer, and he’s about checked that off of his bucket list, but still we wonder “what is next?”

I would speculate that with the direction of the new Mac OSX Changes, that it indeed hints of true integration between the mobile and desktop operating systems that Apple has produced. The next step would be for native APP functionality on the Laptop/Desktops, but where is the real “Bridge” once that takes place? Well, it’s simple – it’s a touch screen laptop. So, if we know that the iPad has some of the BEST touch screen hardware known to any mobile device, and the keyboard is hands down the most intuitive and user friendly we’ve put our hands on, why not put this into a laptop? It would be a bold move, and while again we do not expect it anytime before 2013, it will most likely be an idea entertained by many on the Apple road map.