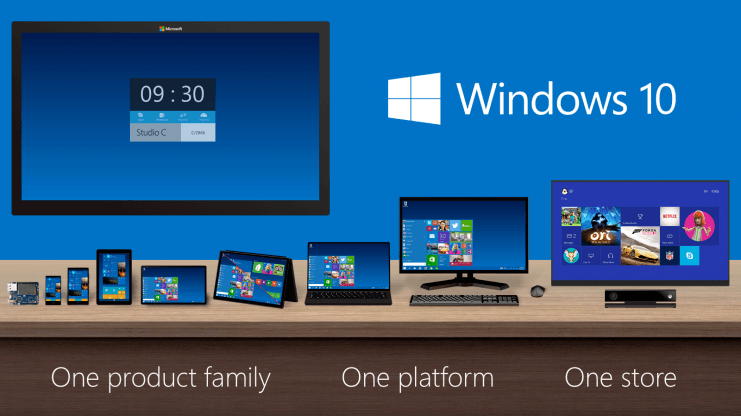 When Windows 10 launches this summer, it will be the most significant upgrade between operating systems that Microsoft has ever engineered. The improvements will be so drastic that Microsoft didn’t think that calling the OS ‘Windows 9’ would have been adequate – hence ‘Windows 10’. Amongst the operating system’s features, there’s the Start bar, a new layout and a new Internet browser.

The Start bar returns after Microsoft nixed it with Windows 8, a move which many were unhappy with as it had been used to navigate Windows in so many previous versions of the operating system. The new layout allows users to choose between the Metro and traditional layouts, after Metro received backlash for putting software logos into squares, which many felt was done to accommodate touchscreen users but left non-touchscreen users in the dust. The new Microsoft Edge browser, on the other hand, replaces Internet Explorer and will provide more tips, help and personalised suggestions.

The problem with Windows 10’s fantastic list of features is that Windows 8 users don’t want to pay as they already had to pay for Windows 8 and that was, in many respects, a total dud. This is why Microsoft has announced an offer that will allow Windows 8 (and Windows 7 users – as they were reluctant to upgrade to W8 too) to get Windows 10 for free during the first year of its release. Microsoft has also said that “once a customer upgrades, they will continue to receive ongoing Windows innovation and security updates for free, for the supported lifetime of that device.”

But that’s only for users who are running ‘Genuine’ versions of Windows 7 or Windows 8, which are versions of the operating system that have been acquired through legal means. Those who are running ‘Non Genuine’ versions of Windows (e.g those that they have downloaded via torrents) will be unable to take part in this free upgrade offer but they will be offered a special deal if they run a machine made by a a Microsoft-partnered OEM (original equipment manufacturer).

Some of those “valued OEM partners” will likely include Acer, HP, Dell, and Lenovo, which is the biggest computer manufacturer in the world. Microsoft’s partnership should cover enough bases though this isn’t particularly helpful news for pirates who want to go on the straight and narrow with Windows 10 but are using a machine not made by one of Microsoft’s chums.