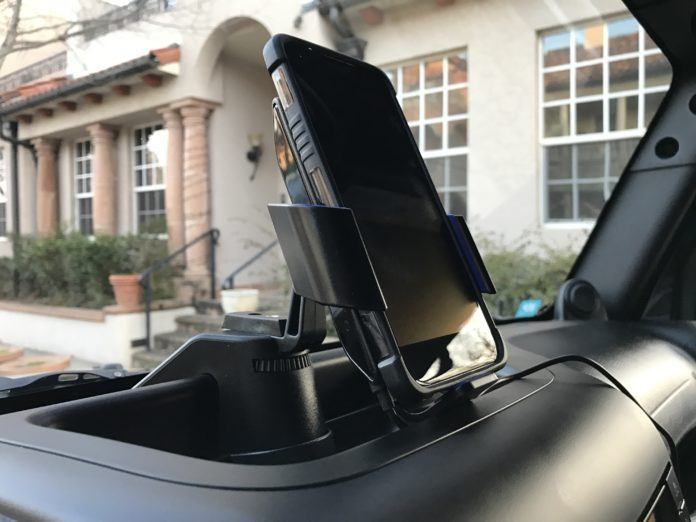 If you’re a Jeep fan and happen to have an Android phone that supports wireless charging (although iPhone’s can do it too) you’ve probably thought about putting a wireless smartphone charger in your Jeep. Save yourself the trouble of looking elsewhere, because I’ve just discovered the best wireless charger for Jeeps, to date. One that also doesn’t require any custom or permanent modifications to your Jeeps interior!

Wireless charging is a great way to free yourself from the daily “cable-end-hunting-or-untangling” rituals – while many other people seem to disregard the time that it wastes by charging the old-fashioned way, that is, with a cable. I know I love wireless charging, and saving time too.

Ok, So What’s that Wireless Charger in the Picture?

You may not recognize the wireless charger that seems to be natively mounted within the Jeep right off the bat. That’s because it’s actually 2 different products, put together.

The charger holding the Google Pixel XL phone (shown in photo at the beginning of this post) is the Tylt Vu Wireless Car Charger, coupled with another product from Rugged Ridge. 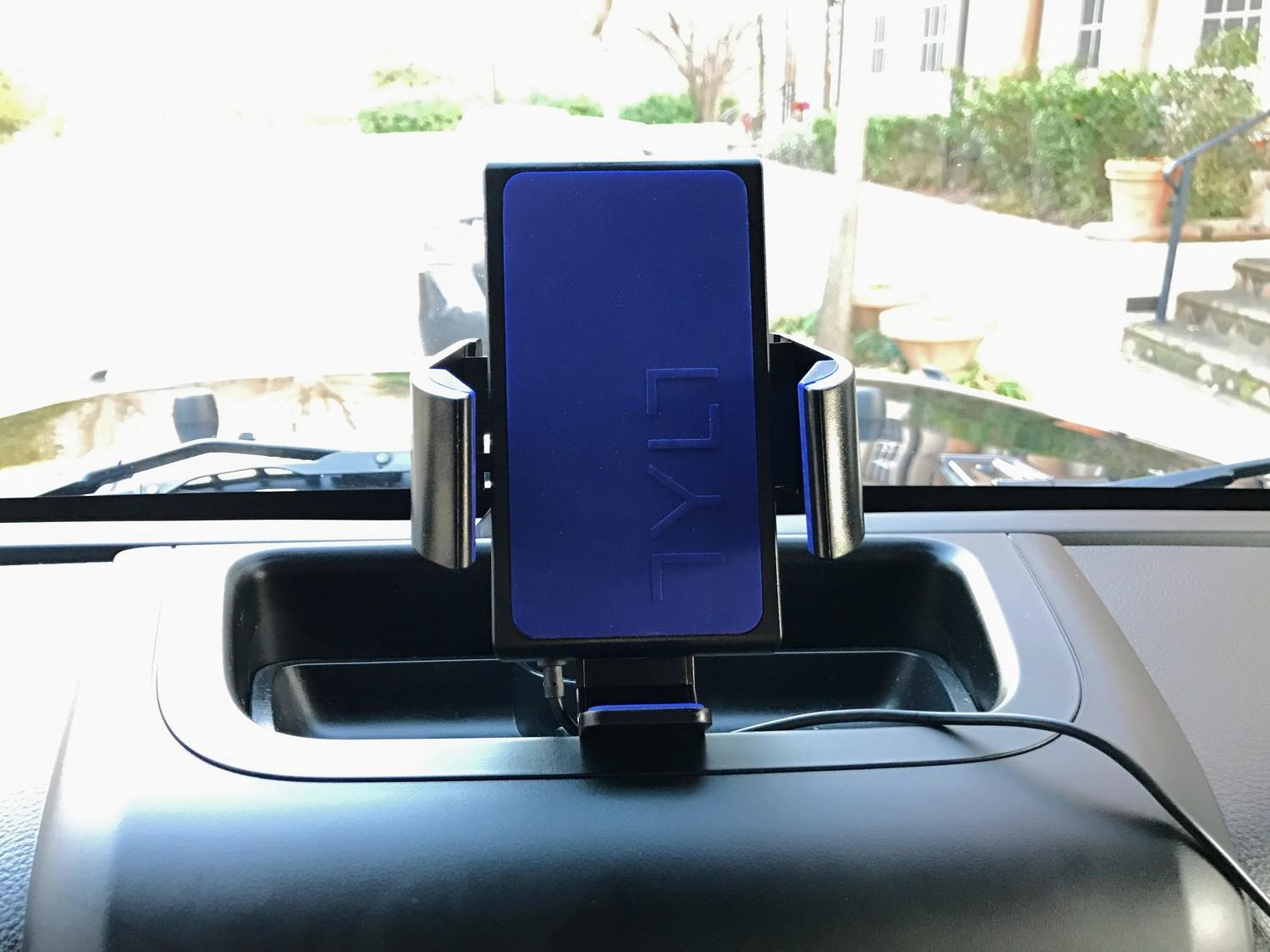 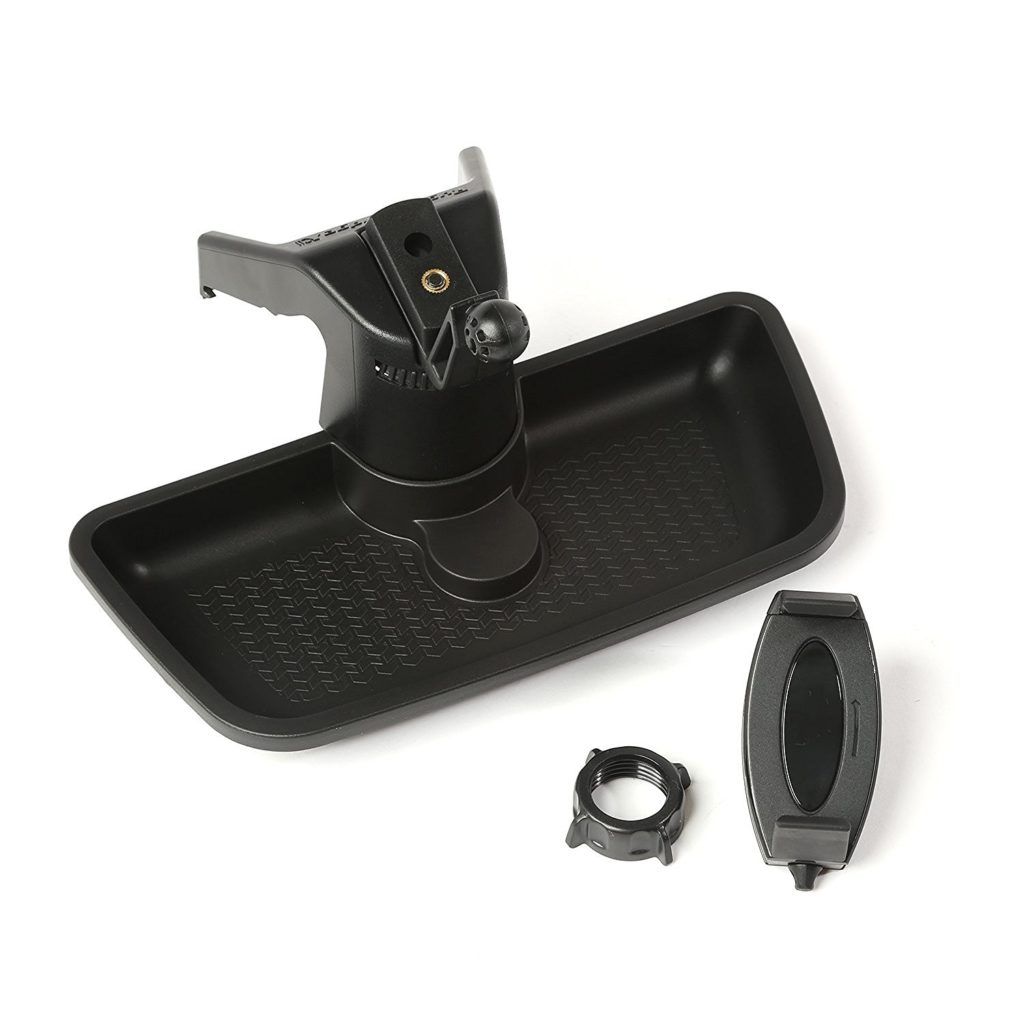 This kit from Rugged Ridge will replace the factory inlay that normally sits up top on the dashboard, and it only requires 1 screw to swap it out. It gives you a factory installed look with a universal ball-mount for attaching various items such as a Phone, GPS, or even a front-mounted Go-Pro. While it does include a smartphone holder, it’s not as nearly as cool as the wireless charger mount from Tylt.

The Tylt Vu Wireless Car Charger is Awesome, Even on it’s Own.

The Tylt Vu Car Charger is one of the best looking, and easily the best made charging accessories I’ve ever seen for a car. I mean, seriously. The material on it isn’t at all, cheap-feeling. It’s extremely durable, and has all of the features in a smartphone car charger that someone would ever want. Ok, maybe there is ONE, minor feature I wished it had, but I will get to that later.

I mean, it is Tylt I am talking about here. A company filled with innovative geeks that like gadgets as much as the next guy, but not just that, they design products the way they should be designed. It’s literally like someone sat down one day and said, “hey, I want a car charger that doesn’t suck” before going about creating one.

I’ve played around with a lot of other dash-mount, window mount, vent-clip mount and cup-holder mount crap out there to know that – I’m not the only one that would have ever of had bad experiences with cheap-o phone mounts for the car. No one makes a car charger, with as good as of a mount as Tylt has designed. It’s just a fantastic, well built solution.

From the photos above, you can see where my hand is pressing in on the “one-touch” release button. That’s what allows the grip to let go of the phone before you take it back out of the charger.

The grips, by the way, are something to geek-out over and to watch while opening. It opens as if it has some type of motion-controlled hydraulics in there, minus the cool sounds. It’s a smooth transition that doesn’t “jump” out and bite you like other cheap-o alternatives might. (Yes, I’ve had one that always pinched me when I took my phone out, and now that phone mount is in the trash.)

The window mount the Tylt Vu ships with, is insanely secure. It has a memory-foam type tacky material on the suction cup that comes with a plastic protector over it to keep it clean before you mount it.

The window mount, will undoubtedly adhere to any piece of glass you try it on without trouble. You might even be able to use two of them to scale a building if you wanted to get crazy, but I don’t recommend testing it. The suction cup “latch” is sleek, and tucks away with a semi-hidden release lever for when you need to remove it from the glass.

The Tylt Vu Wireless Car Charger includes it’s own charging cable. One that is powered from the cigarette lighters outlet, and it also has a built-in USB port. The USB port is an added convenience since it allows you to charge additional devices, saving you from needing to unplug the Tylt chargers power adapter. So, that’s handy.

On the other end of the cable, it has a barrel plug to power up the wireless charger. If you recall when I mentioned earlier – it’s the only ONE thing that I would have liked to of seen different on the charger.

A Micro-USB or a USB-C port, would have been a welcoming alternative to the barrel plug. But really, it’s no big deal. I am just glad it’s not permanently attached. I like that you can plug it in or unplug it as needed. That’s helpful for incase you wanted to go the extra mile and route the cable to hide it.

Luckily, you won’t need an MBA, a rocket scientist for a neighbor, or any slick mechanic to get this thing going in your Jeep. Nor will you need any type of printed de-structions. So, we are saving tree’s while we are at it.

First, just order up the Tylt Vu Car Charger, and the Upgraded Dash Mount for Jeeps. Once you’ve gotten them in, you can set aside the phone mount that comes with the Rugged Ridge tray, and use the one from Tylt instead. (See the photo’s below)

Boom. Now you’ve got the best wireless charger for Jeeps to ever exist. Mission Accomplished!

For a more advanced install, you could always drill a hole underneath the removable coin tray, and run the wire down underneath to hide it. I won’t go into detail on how to do that for this post since it’s not a required step. However, if you have questions or need advice on where to start, feel free to ask!

If you’ve enjoyed this post or have found it to be helpful, I would greatly appreciate you sharing this write-up online with friends! Let me know if you have any questions or comments below!