TechieIO.com
Home Apps WattUp Charges Your Phone without Having to Plug It In

Nowadays barely anyone ever puts down their phones anymore; this would only happen if they go swimming or if they need to charge it. And even then, they still crave to have their mobile devices on their hand all the time.

This uncanny need for people to stay connected to their phones have given birth to a whole range of innovations to cut the charging time or make charging a bit more mobile. And so, presently we have fast chargers, power banks, and smart phone cases that serve as extra batteries for the mobile phone if ever it runs out.

So the technology is there, but with several necessary inconveniences that should come at the price of having extra batteries. One is the weight of the batteries, no matter how much they innovate power banks are always heavy and bulky, and the other is the need for the phone and power source to have actual physical contact.

But now a company named Energous is doing something that will forever change the face of mobile technology, and it is through a wireless charging system that they call WattUp. 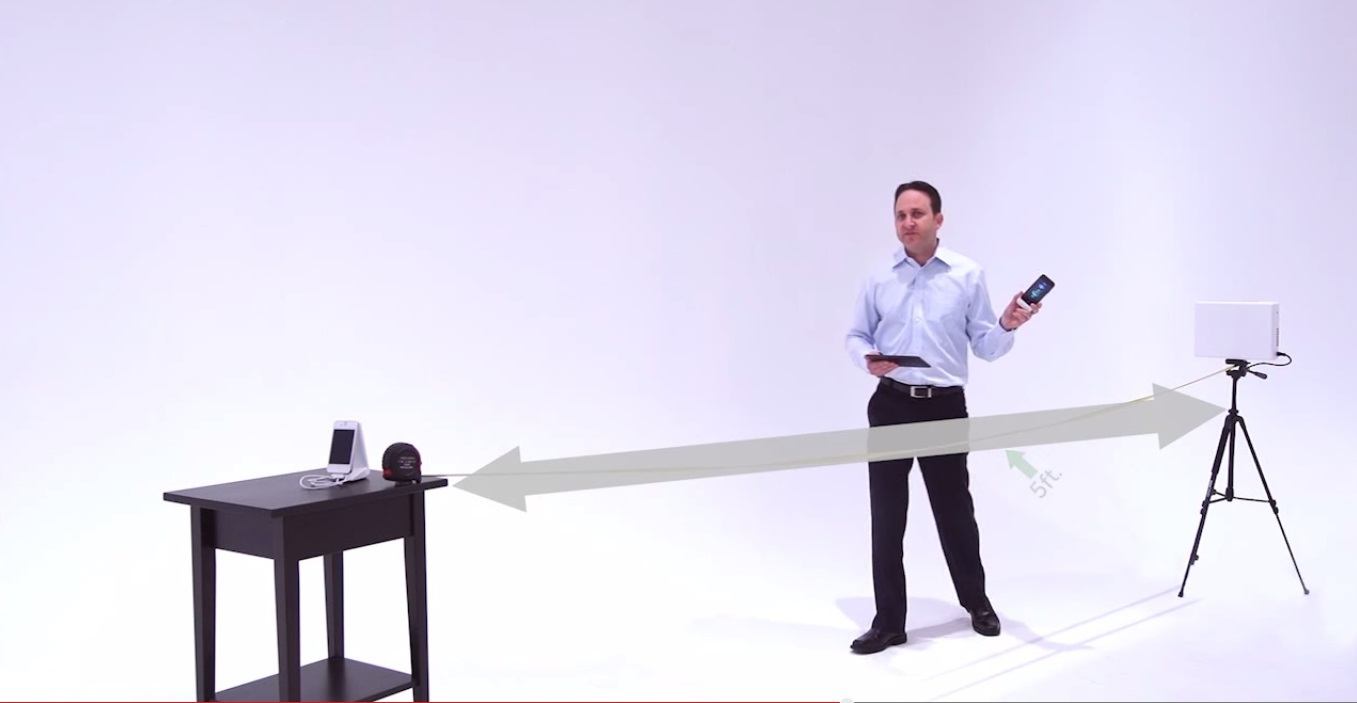 WattUp is designed to be an energy transmitter that is capable of charging your mobile device within a radius of 15 feet from its transmission source. To make this work they will also need to put a receiver on the phone and Energous is looking into actually installing the receiver into the phone itself and not just by hooking up a dangler on it or producing smart phone cases with the receiver in it. To make this plan into a reality Energous has already partnered with several mobile device hardware suppliers to provide them with the technology for it.

WattUp works by transmitting energy of up to 4 watts within a WIFI ism band of between 5.7 to 5.8 ghz, the receiver than converts the energy back into a DC charge. Being Wifi dependent, the amount of energy transmitted lessens the farther you get from the transmitter not unlike most Wifi transmissions out there. But Energous assures the public that if you stay within 15 feet you would still be able to charge your unit even while you are using it.  Aside from the Wifi connection, Energous is also looking into transmitting through Bluetooth so as to better concentrate the amount of energy directly to the device.

Isn’t technology amazing? Here’s to going into a wireless future.