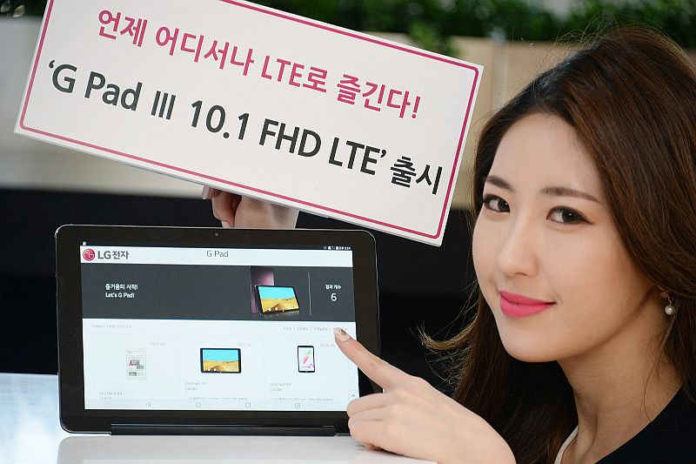 In a press release, LG says that the G Pad 3 10.1 sports a 10.1 inch screen, with a display resolution of 1920 x 1000. The tablet, which runs the Android 6.1 Marshmallow operating system, is powered by an octa-core 1.5Ghz processor and 2GB of RAM. The tablet is available with 32GB of storage, which is twice as much as last year’s G Pad 2.

Other details of note include the tablet’s 510 gram weight and its dimensions of 256.2mm x 167.9mm x 7.9mm, making it slightly larger than last year’s model. Also in comparison to last year’s model, the new tablet’s battery is slightly smaller (7,400mAh versus 6,000mAh, respectively) though it’s unclear how much of a different this will make in terms of battery life.

The G Pad 3 10.1 also offers 4G LTE, Wi-Fi and Bluetooth connections as well as a microSD card slot and a kickstand which should prove useful to those who hope to use the display for watching films and TV shows.

Although the tablet is now available in LG’s home country of South Korea, for a price of approximately $360, it’s unclear when or if the tablet will be released in other countries around the world. LG also notes that another variant of the G Pad 3 10.1 will be released next year and that this will include a stylus, though it’s unclear what the pricing or worldwide release plans for this other version are either.