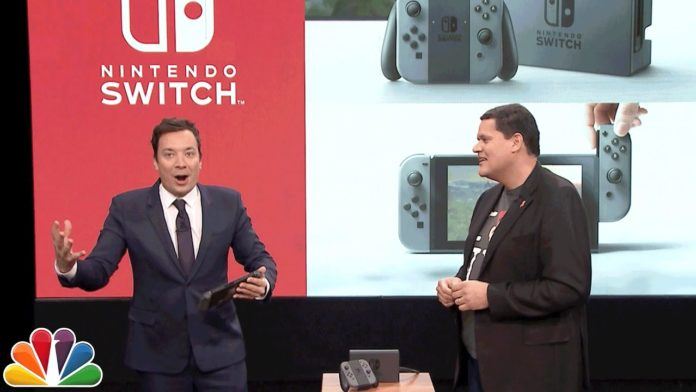 Nintendo’s upcoming games console, the Nintendo Switch, makes its late night television debut earlier this month. Nintendo of America’s president, Reggie Fils-Aime, brought the upcoming console to The Tonight Show With Jimmy Fallon, giving the famous funny man the opportunity to get a hands-on with the device.

Fallon got to play The Legend of Zelda: Breath of the Wild on the console, making use of the console’s traditional and portable features. One of the Switch’s biggest selling points is that it can be played on a TV like a traditional games console, but it also has a portable ‘tablet’ component that can be detached and played on the go. Both of these display methods were shown during the Nintendo Switch’s late night debut.

While a late night television showing isn’t exactly a traditional way of showing off a new console – this is usually reserved for large-scale games conventions such as E3 – gamers and non-gaming viewers of The Tonight Show alike seem to have been impressed by the segment. 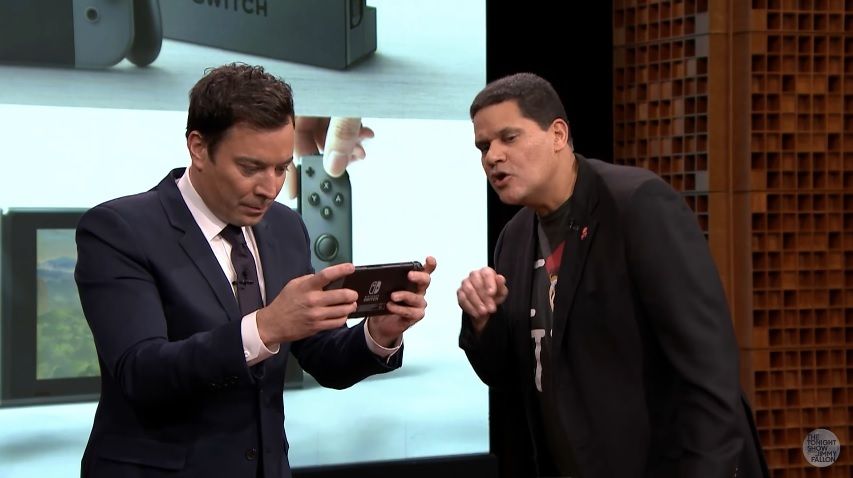 This is the first time that Nintendo has shown the Switch in the wild, as it was previously announced in a 2-minute long YouTube video. Many gamers have commented that it’s positive to see that the console is playable and ready to go and there are no concerns that the Nintendo Switch could be delayed ahead of its March 2017 release date.

Non-gamers, meanwhile, seem to have been won over by the console’s traditional and portable capabilities. Nintendo has previously stated that it’s looking to appeal to more casual players rather than core gaming fans and the company already seems to be successful on that front.

At this point, it’s unclear just how much of an impact this Jimmy Fallon hands-on session will impact the console’s sales in the United States or elsewhere. While Super Mario Run, a Nintendo mobile game that was also shown in the same Tonight Show episode, can attribute some its launch success to Fallon’s program, whether the Nintendo Switch will be able to reap similar rewards is yet to be seen.

After all, there’s a huge price difference between Super Mario Run (free to play some content; $10 to unlock the full game) and the Nintendo Switch (rumored to cost $300 at launch) and consumers may not be as willing to spend hundreds of dollars on a new device as they are to spend ten dollars on a mobile game that they at least get to demo themselves first.