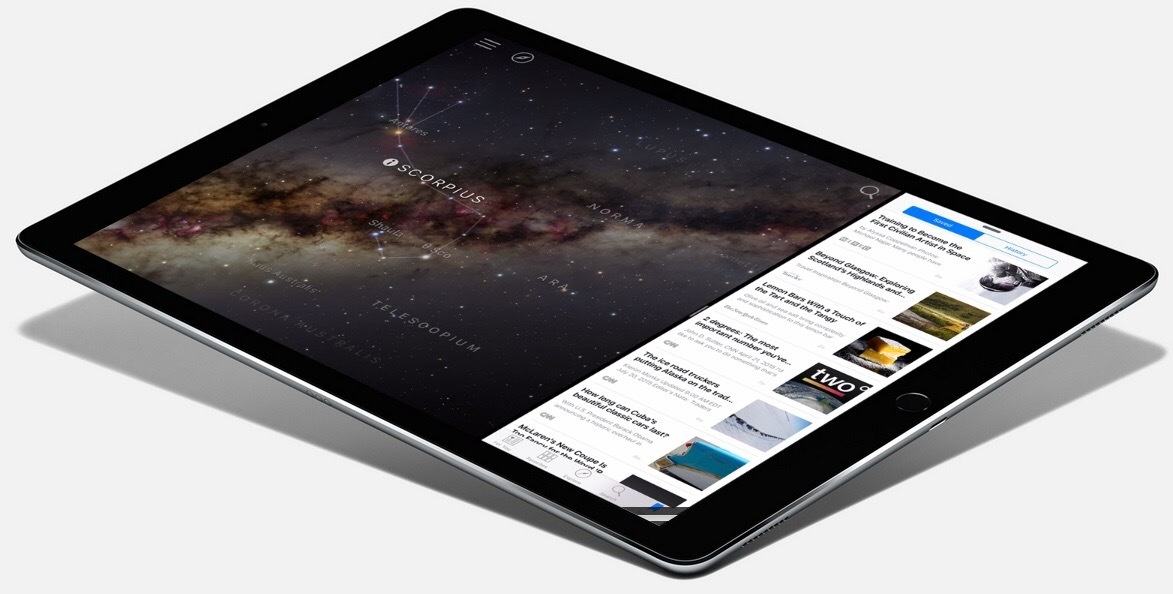 iPad Pro 12.9 vs Surface Pro 4, which will it be? If you are wanting a device that you can take anywhere, and get the MOST of everything you need done, done. Then, the iPad Pro 12.9 is the way to go. Unless… You rely on Windows Applications or Utilities that aren’t available on iOS.

This article is meant to be a quick overview (and somewhat of a rant) for someone who isn’t quiet sure which direction to go when looking for a high-end tablet. It’s not a spec-for-spec showdown, but instead, a look at the bigger picture to help you think about your use-case. That is, BEFORE pulling out your wallet.

I’ve tried every iteration of the Microsoft Surface Tablets since it’s release. This includes the Surface RT, Surface, to the Surface Pro variants since version 1.

While minor, I’ve felt there is just one important feature missing from all of the latest Surface devices. Although, it might finally land in the upcoming Surface Pro 5, it’s the lack of the USB-C which would create a more universal charging experience.

Speaking of charging, who wants to carry around an extra mini-brick just to charge a tablet? It slightly defeats it’s entire purpose of being just that – “portable.” If you are having to carry a hefty bag full of extra gear around (just to be fully productive) you might as well bring a laptop instead!

There are laptops out there, including MacBooks, which charge via USB-C. Even at the time of this writing, there are quite a few Ultrabook or PC Laptops which offer USB-C Charging. The XPS 13, or Lenovo Yoga for example. So ideally, wouldn’t it be nice to have 1 charger, for all of your devices? Yes, please.

While the iPad Pro, isn’t really an exception, at least it’s powered via USB. So, a minor adapter or a Lightning cable in the bag, really is no big deal.

Microsoft, are you Listening?

Why Microsoft, didn’t you incorporate the USB-C charging solution earlier on? It was matured and readily available at least a year prior to the Surface Pro 4 launch. Heck, the Google Chrome book had it before you, right?

The greatest benefit of the USB-C, is that it supports higher current over Traditional USB 3.0. This can completely replace the 35w, 65w or even 100w laptop chargers on the market!

The Surface Pro 4, however why wouldn’t I pick it over the iPad Pro?

It’s really just one problem. The entire Microsoft App Store offering is suffering. Wait, suffering? No, it’s a catastrophic failure. To date that is…

Sure, you can run Desktop x86/x64 applications, on your tablet. That’s great… but don’t I have a real laptop or desktop for that?

For those impulse buyers out there, take a moment and ask yourself. “Ok, once I buy either iPad Pro or the Surface Pro 4, what am I going to do with it next?”

Charge it up, attach that fancy new case or keyboard and start browsing the web? Yes, of course, but what about setting it up the way you “thought” you had intended on setting it up. You need software or apps to do something more with the tablet beyond just browsing the web or whatever basic things you would normally do with a “stock” tablet.

After-all, Apple and Microsoft do a pretty good job at showing how you can “Unlock” your tablet, browser your photo library, watch movies or even share items to friends during their keynotes. What about those of us who are using it for non-entertainment purposes, such as, how it runs with real work?

At the end of the day, the argument isn’t really about which device has more battery life, the bigger screen or better writing capability, but it comes down to how productive or useful you will find the tablet to be for your needs and lifestyle. While, those points are all very important in any debate between the two, it’s safe to say, that more than half of the reason you could use or would want to own a tablet is because of what you can do with it.

That primarily comes down to Apps, or should we call it “Usability?”

Apple has been exceptionally successful in incentivizing and marketing their development platform to coders all over the world. They’ve also created a very user friendly and community-rich development environment. Incidentally, this makes it easier for developers to bring apps to market faster than the competition.

When it comes to mobile devices, developers from all over the world are seemingly much more interested to work with the iOS Platform, simply because of market reach. Why wouldn’t developers focus first, on an iOS app, over a Microsoft Store “app?”

As you’ve likely noticed, there are a vast amount of accessories available for Apple Products. Apple’s market share coupled with their consistency in both the iOS Software & Hardware platform, creates less-risk for accessory makers. It’s just the way it is right now.

I love the iPad Pro, and the Surface Pro tablet, however as much as I do, I can’t find any real reason to pickup the Surface Pro on a daily basis. As for the iPad Pro it’s my go-to entertainment device, which also still allows me to get “most” of my work done.

I’m just as productive on the iPad Pro Type Cover as I am the new Surface Pro 4 keyboard. With the help of the command and option buttons on the Apple keyboard, it opens you up to world of keyboard shortcuts that you are used to on traditional laptop or desktop system, Oddly enough, this was the icing on the cake for me with the iPad. They both work great!

However, Apple Keyboard doesn’t have a built in backlight, or trackpad. At the very least, I wished it included a backlight. Luckily, Logitech Create keyboard for the iPad Pro will solve the backlit pain point for you if it’s must. Which is a great case as well!

What will you decide and how will you use them? Often times, you will find better prices and free shipping with the Surface Pro 4 on Amazon, or the iPad Pro on Amazon. Let me know, and feel free to ask questions and I will do my best to provide some feedback!