TechieIO.com
Home Gadgets Android L – What We Know So Far 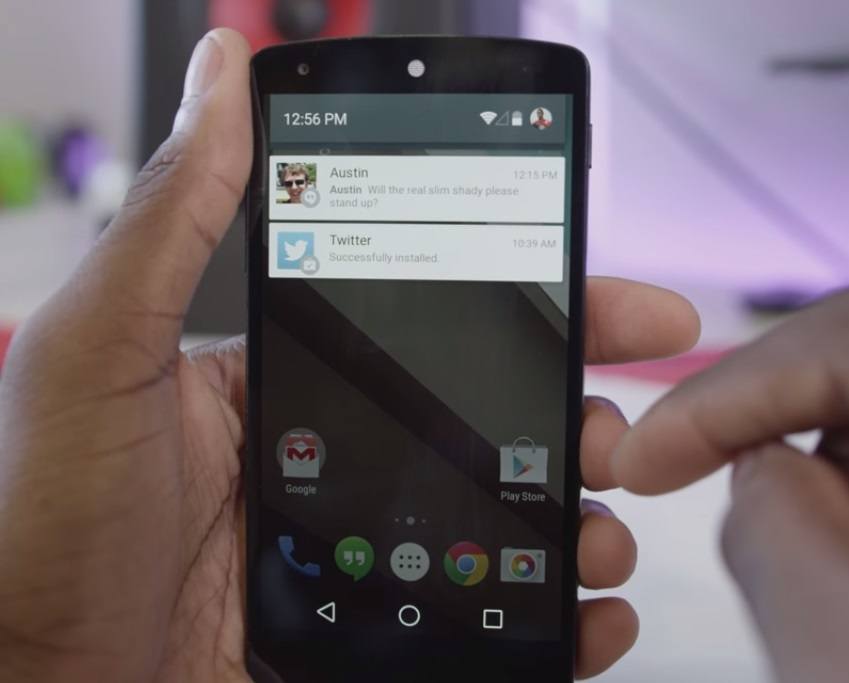 Ladies and gentlemen let the speculations begin! Android L was announced on the last Google I/O 2014 developer conference. And with a affinity for Android to name their system after a sweet dessert, android users have started guessing what L would stand for. So far people have came up with, lollipop, lemon meringue,  and lastly Lion. No not the Apple Lion OS but with androids partnership with Nestle on its current system Kitkat, there have been speculations that the new android would be named after a different chocolate bar of Nestle named Lion.

So what can we expect so far from the new Android L. Let me break it down for you. 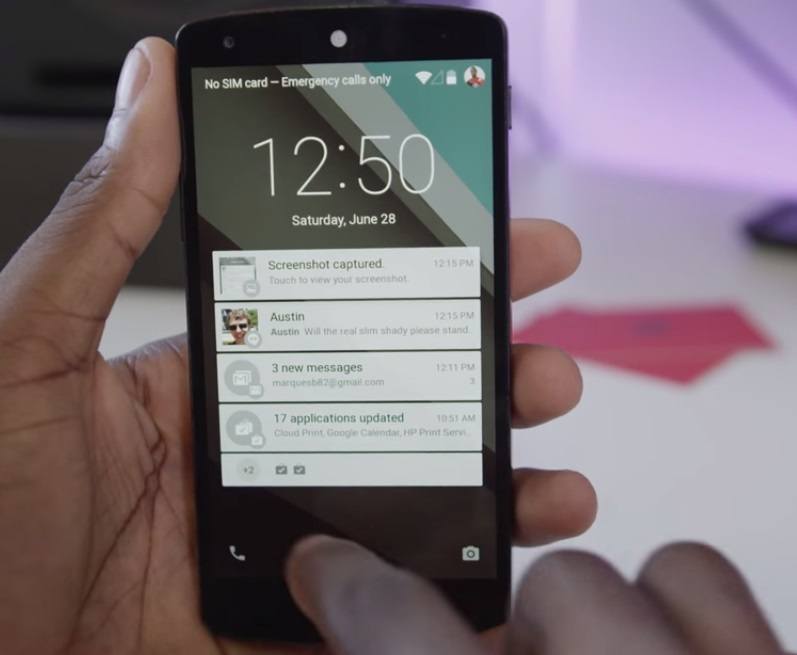 Version Code: We are still not sure whether the code they will release for Android will be Android 4.5 or 5.O but majority of internet opinion is leaning towards the latter.

Notification:  We are all familiar with the notification bar on our android devices wherein we just swipe down once to reveal the messages, updates, and current running programs of our android device. Android L retains that swipe down feature but have changed the color scheme and animation of the bar. The added something a bit new though by switching the tapping action to select a certain running app or message, users will instead swipe down again to access the quick settings.

Lockscreen: At the lock screen, users may have options to show the messages and notifications in the cover page. Swipe up to unlock, swipe right for the dialler and swipe left for the camera.

Material design: The look of the system interface has changed to reflect the minimalism of shapes but adding the colourful colors of Google. Navigation buttons now come in triangle, circle, and square shapes while other elements have been given more depth, shadows and change in lighting in design.

Multi- tasking: Android L will be integrating a Google now card style layout to open the app options on your device, kind of similar to the pictures interface in most androids now.

Security: Android L has added a feature that a user can unlock their smart phones when they are within the vicinity of a paired smart watch.

Battery life: The new system has battery saving mode customized according to the apps they use.

For now the first batch of smart phones that will be running on the Android L will be the Sony Z series on February 2015.

So are you excited about the new Android L?