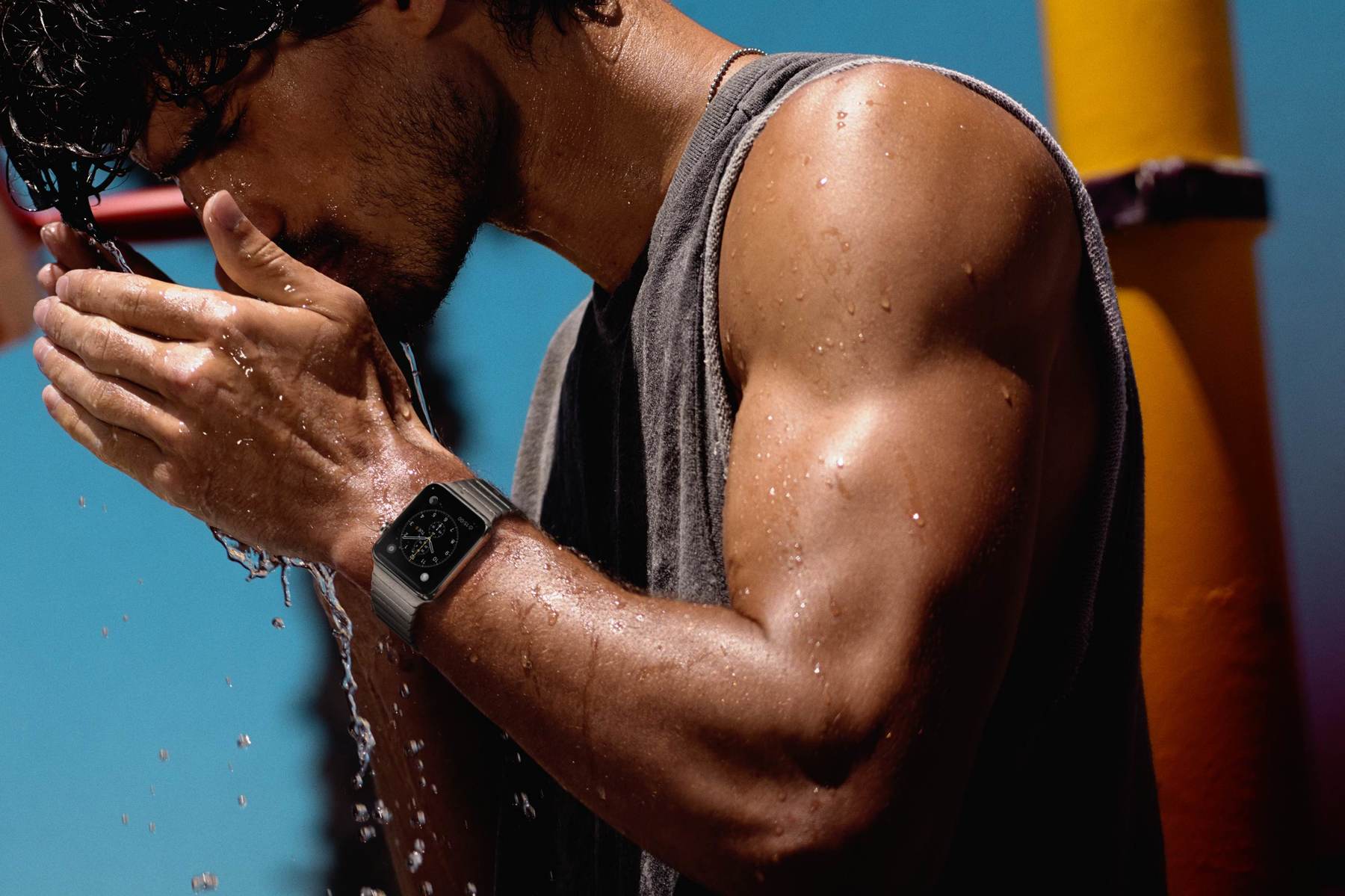 As a device that people will wear for most of the day, the Apple Watch needs to be sturdy and strong enough to withstand a bit of wear and tear. For example, if you’re a hiker and you get a bit of dirt on the device, you want to know if that uncleanliness is going to make the device clap out. If you’re a jogger you want to know that getting a little sweat on it won’t see you running to your nearest Apple Watch repair centre.

This was disappointing for some, mostly for swimmers or those who want to wear the Apple Watch in the shower or in the bathtub. However, while Apple suggested that we shouldn’t do either of these things whilst wearing their swanky new device, new stress tests say that the Apple Watch may just survive under the most extreme, most water-based conditions.

In a series of tests conducted by triathlete Ray Maker, he showed that Apple’s guidelines are really quite low ball. In his first test, Maker wore an Apple Watch Sport during a 1,200 metre swim. The device survived and worked fine following the test, though Maker did note that the wrist detection feature didn’t work properly during the swim and so heart rate readings were inaccurate, plus, the Apple Watch doesn’t track swimming the way it does with other physical activities.

Next up, it was time for the dive test, where Maker (and a friend) wore the Apple Watch during 5, 8 and 10 metre dives into a swimming pool. Once again, the Apple Watch survived, which is phenomenal as you’d assume that either the water or the impact of the dive would surely harm the device in some way. But alas, it made it through with everything intact.

While this does mean that you can go splashing in puddles and pools and whatnot, without having to worry that your Apple Watch will break, 9to5Mac does note that this may invalidate your warranty. Additionally, these tests don’t show whether the Apple Watch will survive this sort of stress testing over time and so it may actually break if you keep going swimming with it – but at least now you know that you can get away with it once or twice.