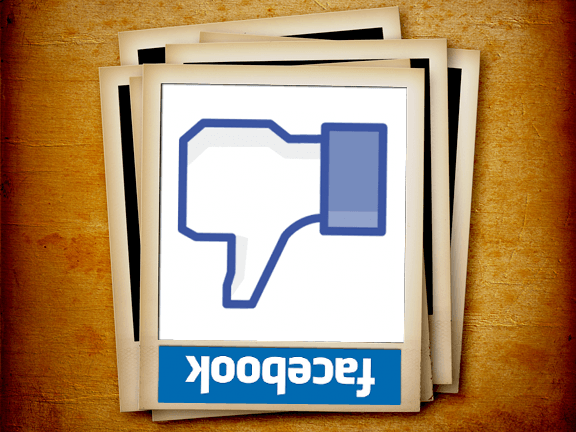 Whether Facebook’s recent string of bad luck is divinely inspired (who knows), brought upon themselves (quite possible), or it’s just plain old chance (more than likely) it all stings the same. In just the past 7 days Facebook has been struck with some pretty major blows, and yet while investors are not so happy some others are.

Looking through the comments of news articles and blogs alike across the Internet, you’ll find many that feel no pain for the Facebook fiasco, and even more that are reveling in it. It could be some left over dislike for Zuckerberg’s past comments on how his users were all “dumb f*****””. Something first published by former Valleywag Nicholas Carlson at Silicon Alley Insider, and later admitted to by Zuckerberg himself. Or, it could be the age old hatred of those that have more money than us and make a point to flaunt it.

For a look at some of the comments I speak of, see this TMZ Facebook article’s comments section. You’ll find them though wherever Facebook is mentioned in a not so great light. Just because they have 900 million users, certainly doesn’t mean they’re all happy. According to many of the comments, privacy issues are still responsible for some of their angst. Whatever the reason, we’ll surely see more users pushing the “like” button on the woes of Mark Zuckerberg.

Sequel Coming Soon? The Fall of “The Social Network” a.k.a. Facebook

The sequel to “The Social Network” appears to be writing itself. It couldn’t be written any better, because the truth out trumps make believe any day, and Zuckerberg is just as good now as he was before in giving people plenty to talk about. Just looking back at the past week shows you where a such a sequel may end. By the way, how many of you use MySpace anymore?

Who will the villains be in this movie though? Well, the finger pointing has already begun. It doesn’t quite matter though, as it wasn’t just one thing that has caused Facebook trouble this week. It began on with what should have been a good thing, there first day trading session. Before Zuckerberg ever rang the bell to signify the opening of Friday’s market, Facebook was overshadowed by a multi-million dollar advertising loss, and a multi-billion dollar lawsuit. What they didn’t know was that that the dark cloud that seemed to be hovering around them for the past few days, wasn’t ready to dissipate just yet. However, it was nearly time for their cloud to finally burst, which it did quickly.

By now you all know the story, and most are sick of hearing it again, so I’ll stick with who’s to blame. There were many contributors to the bad start, not just one factor. One of those fingers points directly at the Nasdaq, which is indeed one culprit in their falling stock. Their apologies for a glitch in the system that delayed, and even cancelled orders throughout the day Friday, are too little and definitely too late. However, those glitches may have been something the wannabe investors were later secretly happy about.

The only good news is that the glitches may have actually saved many from buying into a stock that most analysts feel is fated to fall even further, especially since the growing realization among them is that Facebook isn’t worth the $100 billion it said it was worth. These near investors may count themselves lucky indeed, since the offering price was $38, and it hit a high of $45 Friday, all to fall today, Tuesday, to a current price of $32.36 (as of 10:42 a.m. ET).

Since Friday, Mark Zuckerberg has lost 2.2 billion dollars of his fortune. However, he has some happy employees, reportedly 1,000 such happy employees, that are now millionaires. He also has some rather unhappy employees, or technically independent contractors. These are the workers from third-world countries that were revealed a few months ago to be working as Facebook moderators for a $1 an hour. Unfortunately, some are saying that their therapy bills from some of the things they have seen, are costing more than they’re making.

Like him, hate him, Mark Zuckerberg probably doesn’t care. The fact is that even though he is in the middle of a hot mess, and even with the loss of $2.2 billion, he is still one of the richest men in the world. Something that isn’t going to change anytime soon, even if Facebook does continue to fall. All we can do, yes you, me, and the other 898 million Facebook users, is wait and see what happens, or find another social network.