TechieIO.com
Home Games Getting Us Into Next Gen

The times they are a-changing. Except for gamers, that is. While there has been an awful lot of hype surrounding the prospect of the next generation of game consoles, there hasn’t been a whole lot of actual news to come out regarding them. The fact is that gamers right now don’t have a lot to get excited about regarding next gen consoles. Here are a few ways that excitement can be quickly generated in gamers.

If you want to get a group of gamers salivating, then you have to give us teasers. Sometimes a simple obscured picture of a console that doesn’t fully reveal it is enough. If anyone in the world is a master of teasing gamers it’s Valve’s Gabe Newell. I mean just look at this. Look at it closely. 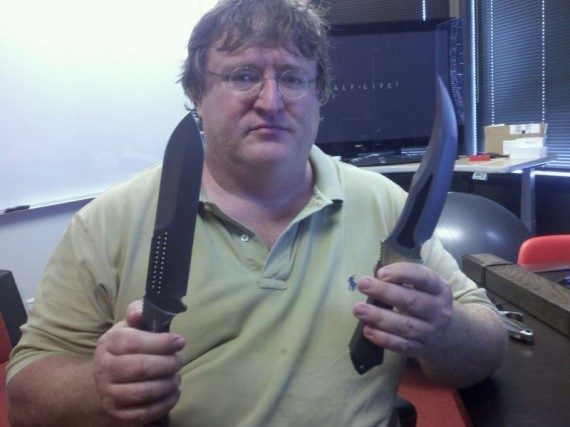 You can’t say that he doesn’t know how to rile people up, and that’s exactly what the industry needs right now. We need a little showmanship. It’s all well and good to talk about the technical side of games till you’re blue in the face, but without a level of showmanship, a little flash of originality, you’re never going to get people excited.

Give Us Some Tech Ideas

When Sony was showing off footage of what next gen games might look like, they gave us more teaser footage than you could shake a stick at. There were plenty of things to ooh and ah at, but the the thing that left the biggest impression was Square’s remake of the opening to Final Fantasy VII. Aside from the fact that that sparked the biggest remake rumor ever, that trailer got gamers to think of the next generation as a true benchmark of where we are in terms of graphics capabilities. We need that level of scope to go into the next generation. We need to know how the next console generation is going be better than the current one and we need to know what will make it special.

If you could say this generation had a weakness then it was for gimmicks. Motion control started as nothing more than a gimmick but seems to have evolved into something that is actually viable in terms of gameplay. But gimmicks seemed to run rampant.

If you really want to get gamers excited about the next generation then the only gimmick you need is the promise that good content is on the way. Because at the end of the day your system isn’t worth the paper its instruction booklet is printed on if the content isn’t there to back it up.