A simple game of block-based building, Minecraft has rocketed to the top of sales charts, having sold over 50 million copies across PC, consoles and mobile platforms. Starting off as an incredibly buggy alpha made by Markus “Notch” Persson, the game became huge after Mojang Studios took the game (and Notch) under their wing, having since released it for PS3, Xbox 360, PS4 and Xbox One.

Minecraft is an undeniable hit then and it has surely garnered an astonishing amount of profit for those involved, but, due to their involvement in making the game what it is today, it also means that Mojang Studios is a worthy property to own too. And it’s that fact which is likely the reason why Microsoft are looking to purchase Mojang Studios for a cool $2 billion.

The suggestion comes after The Wall Street Journal reported that not only are Microsoft looking to buy Mojang for that lofty figure but that they could even finish the purchase as early as this week. However, while WSJ’s speculation is enough to fan the flames, it’s a claim that’s backed up by Microsoft’s past dealings with Mojang.

Previously, Microsoft put together a deal which brought Minecraft to the Xbox 360 before Sony’s PlayStation consoles and that was heralded as a very big win for the company as Minecraft was (and continues to be) a fantastic and incredibly popular game. 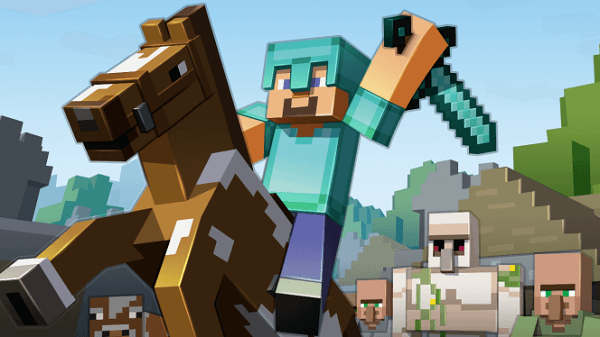 Not only that, but recently Microsoft have caught plenty of flack about their gaming lineup. While Sony wields exclusives such as Uncharted 4: A Thief’s End, Bloodborne and LittleBigPlanet 3, Microsoft has had to pay to make multi-platform games like Rise of the Tomb Raider come to Xbox consoles first. Fans are frustrated and irate that Microsoft have few new exclusive IPs either, lending further credence to the idea that Microsoft would just buy Mojang Studios to make some for them.

What is a concern, however, is that the sale could see Notch jump ship. One of the most outspoken developers in all of the gaming industry, he has commented in particular on Microsoft’s software and policies, most notably how much he disliked their Windows 8 operating system.

While it’s unlikely that Notch is alone on that one, the fact that a company he doesn’t agree with is going to be in charge of Minecraft, a game that he created, is hardly going to make him stick around. It’s a blow to Mojang and Microsoft given his talent and propensity for thinking of original game ideas (he reportedly takes part in regular game jams) but with $2 billion on the table they’ll just have to let him go.

Microsoft have understandably declined to comment on this one, but we’ll keep you posted once we know more.

Do you think this is a good deal for Microsoft or should Mojang Studios refuse their money? Let us know in the comments.