After hearing about the Apple Watch earlier this month, there’s no denying that the smartwatch race really has begun, and whilst Android have had a bit more time to get a head start, they’ve still got a lot to watch out for from both the Apple and the Microsoft camps.

That’s right, rumor has it that Microsoft are working on their very own smartwatch to compete with the rest of the world, and if reports are to be trusted, we may even see the Microsoft made smartwatch within the next few week.

According to a new Forbes report, the new Microsoft smartwatch will come with the full health tracking suite, including a pedometer, a heart-rate monitor, as well as other sensors we’ve seen in pretty much every other serious smartwatch offering currently out there today. 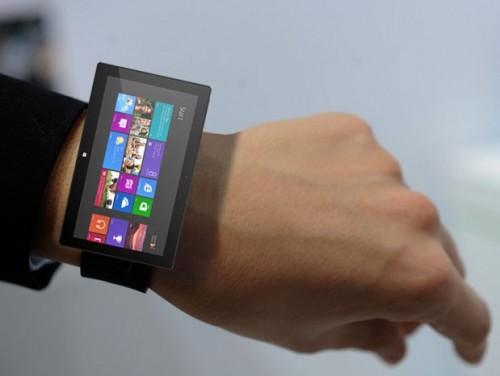 Unlike Android Wear and the Apple Watch, the Forbes report has suggested that the new Microsoft smartwatch will be capable of working cross platform, which will mean Android users and iOS users will be able to get a taste of the device, as well as Windows Phone users.

I think it’s a smart move for Microsoft to go for a wider audience, as let’s be honest, their Windows Phone ecosystem is still lagging behind a little bit.

We’ve heard a few bits and pieces about the alleged Microsoft smartwatch over the last 365 days, but this latest Forbes report suggests that we may actually see the device in flesh this holiday season.

Personally, I still think the smartwatch craze hasn’t really settled in, and I think it will be at least a year or two before we see actual, useful devices that are worth their money. Either way, it’s great to see that Microsoft are getting involved with the smartwatch scene – let’s hope they stand a better chance at impressing the crowds with the Microsoft smartwatch than they did with their Windows Phone lineup at launch.