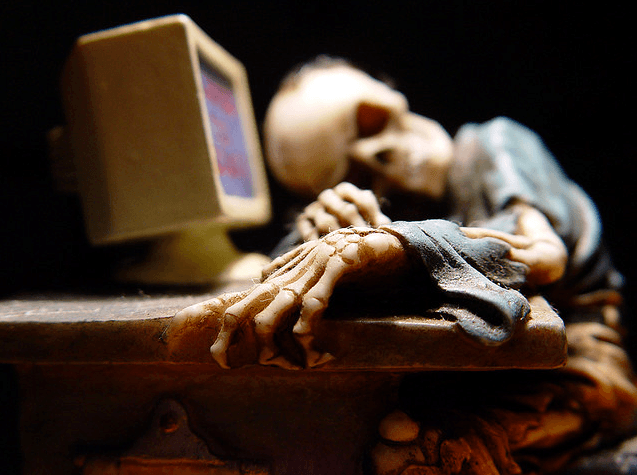 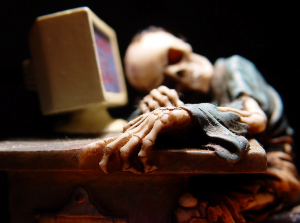 Well, it’s quite simple. It’s losing market share, and FAST! Clearly, we all know that Apple has had a huge role with over 25% share in the “PC” market since the release of it’s iPhone, and then multiplying greatly upon the release of the first iPad. We know this to be true based on simply looking at web traffic stats. It’s hard to deny, when you go from 3 years ago until now when majority of sites were seeing less than 3 and 4% mobile traffic, and now majority of sites are seeing upwards of 15% of surfers coming from mobile devices. Is this a trend some ask, and the answer is “yes definitely” , and it’s going to get “worse” , or “better” depending on how you adapt to this evolving market.

We know that PC’s still have plenty of room and a place that Apple’s just simply can not yet replace, and that’s typically because the software is the limiting factor from 3rd party providers. I know one in fact that’s been a long time “dream” for 3d artists is the porting of AutoDesk ( formerly Discreet ) 3D Studio Max to the Apple platforms. It’s reason just like this that PC’s will exist for many years to come, but the real question is, what’s coming in the PC work that will push more users to require or desire a PC? The answer to that, well there isn’t one that I can think of . We just know that PC’s are becoming a “legacy” product quicker than many of us had hoped and that many developers still and will only ever keep developing for the Windows based programming environment.  Now, I do not mean to hammer PC’s as truly being a “legacy product” , there are many phenomenal suppliers out there that are creating solutions on a daily basis that apple may never touch, and one example is the PC modding or also known as elite gaming community.

Elite PC Modders, are always pushing the PC’s to the max, just like cars. What’s the best way to configure the system to “overclock” , or what hardware can you add to make it run twice as fast and to do it to get the best bang for your buck. That’s where the PC market thrives on the consumer level. Now, we won’t forget the commercial aspect of all of this. There are many business that rely on being able to deploy new systems on the fly, and have volume license agreements with software providers to allow the flexibility many companies need to survive day to day that will service their technology needs for years to come. This in fact is one of the niche markets that Dell and HP have mastered. If a company is expanding, or needs to have full support on any customization that they need for their business, you are just a few clicks away from having that on your door step, oh and you probably need to have a tech support number handy for your friend “Justin Case.” These companies have built their business model around the growth of SMB and Larger Enterprises with support from levels between the big and the small. So, to answer the question which is greatly asked around here “What’s happening to the PC Market” , well it’s still there and surviving strong, but where it will be in the next few years only time will tell. We don’t expect it to become extinct in any of our life times though, that is unless embedded computers that can calculate billions of processes in under a nano second are embedded into our wrist that then project invisible screens inside our own retinas become the norm, then we can talk.

See below one of our in house projects to test Quad SLI 480 GTX Cards on Water Blocks, we will follow up at a later date on this project.