Bioware has become one of the many MMO providers to consider making their game, particularly Star Wars: The Old Republic, free to play. This is a move that would certainly make fans of the game happy but it begs the question of whether this is simply an example of MMO providers giving the people what they want or if it is a last ditch effort to regain popularity.

The Force is Not Strong With MMOs

The fact is that World of Warcraft isn’t quite the gaming juggernaut it used to be. Sure boatloads of people still play it and it’s still extremely popular, but the number of people signing up for accounts isn’t lighting the internet on fire like it was two or three years ago. More and more gamers are becoming dissatisfied with the MMO market and are more frustrated than ever about having to pay every month for an experience that, on the whole, never changes. Add a tough economical climate and you have a recipe for disaster if you are charging for an MMO. 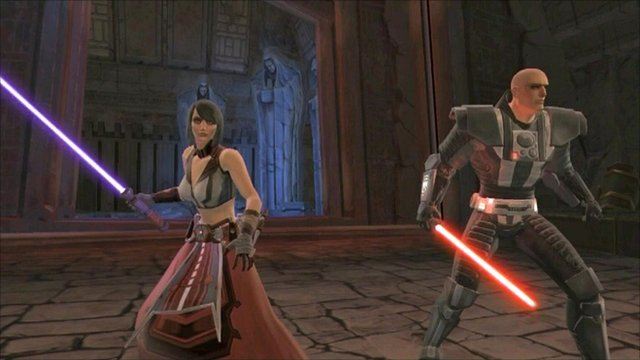 A Game of Numbers

If The Old Republic does go free to play then it is certainly a good thing for gamers but it is definitely a gamble for Bioware. The Old Republic is popular but not WoW popular. However, if they are emulating the model that was set by DC Universe Online, then free to play may be a gamble that pays off very well. To those who don’t know DCUO had a very scant amount of players. However when the game went free to play the numbers jumped dramatically. Going free to play could very well bring in a large enough group of gamers to where it would be justified and financially viable.