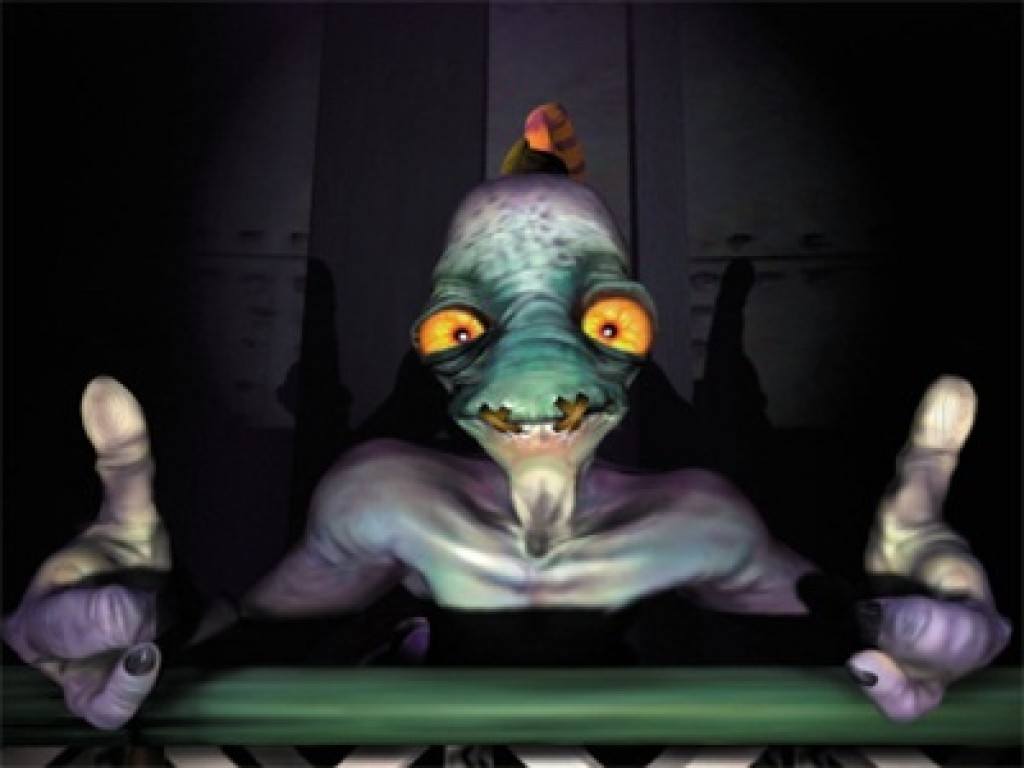 Oddworld: Abe’s Oddysee is a classic game of its time. It was one of the early games on the original Playstation and it gave gamers a great little peak at what that system was capable. Oddworld Inhabitants (the developers of the game) have managed to spin their Oddworld characters and setting into one of the most original and strange gaming franchise of all time. While the series has never achieved triple A status its cult following is undeniable.

The main game, Abe’s Oddysee, focuses on factory worker Abe who discovers that the company he works for has its sights set on turning Abe and all the members of is odd species into their next big snack food. The game was a sidescroller with puzzle solving elements and left some gamers scratching their heads but the game’s charm was irresistible.

As with most games these days, Abe’s Oddysee is about to get the HD remake treatment, but there’s only one problem. The developers at Oddworld Inhabitants are looking for a new title for the game. Feeling that the title Abe’s Oddysee HD would be somewhat misleading (as some gamers would think it is simply an HD re-render) they have turned to their fans to supply the new title. Fans can submit their ideas for the remake’s title on the official Oddworld blog. If you think that you can come up with a good enough title, then click here and see if you can make your mark on games.