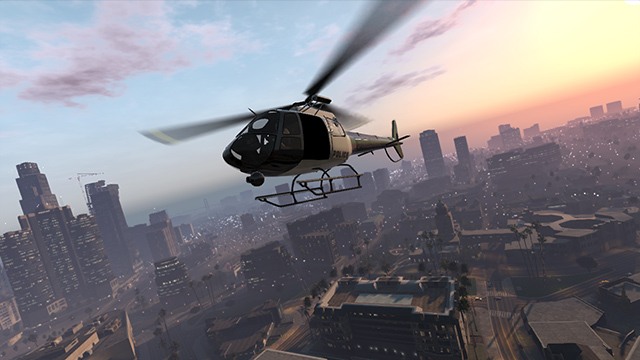 Not even a full day after we talked about GTA V on here has Rockstar Games debuted two new screenshots for the fans. The screenshots give us a better look at what to expect from Los Santos. As previously stated, a return to the San Andreas area is one that is very much welcomed by fans. The helicopter screen in particular gives us an idea of just how massive the in-game area is going to be.

As if that were not enough, Rockstar further made fans salivate when they dropped a hint that an announcement on a Red Dead Redemption sequel could be on the way. While answering questions submitted by fans regarding a sequel to Red Dead Redemption Rockstar said, “we love Red Dead too – and are thrilled that so many of you loved John Marston’s tale and are excited for more epic Western action. As we mentioned in our last set of Asked & Answereds to similar questions about the future of other game franchises like Bully and L.A. Noire, we don’t always rush to make sequels but that does not mean that we won’t get to them eventually. Stay tuned for further announcements about the future of the Red Dead series.”

This news is certainly welcome as Red Dead Redemption had one of the finest stories and some of the best gameplay of this generation. n the mean time, here are those two new screen shots!