TechieIO.com
Home Games What We Want From GTA V 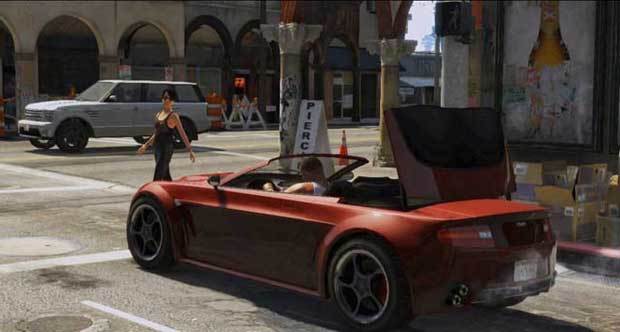 Grand Theft Auto is one of the crown jewels of gaming. The controversial series put sandbox games on the map with GTA 3 and has only gotten better, culminating in the masterpiece that is GTA IV. With GTA V on the horizon, there are some things we want to see and some things we don’t want to see. Here they are.

GTA IV is a masterpiece of gaming, make no mistake about that. The shooting mechanics and running mechanics work just fine, and driving is a dream. But the characters don’t exactly turn on a dime and hand to hand combat seems like a bad afterthought (though the ability to counter attack was nice). Rockstar needs to take a few notes from their success with Max Payne 3 in terms of character animation. Oh yeah, and fix the helicopter physics while you’re at it.

It’s understandable why Rockstar left planes out of GTA IV. As big as Liberty City is, it’s no San Andreas. But since we’re returning to that area, give us our planes back. And give us a good variety, too. Oh, and give us parachutes from the start.

Car combat in GTA IV was surprisingly good. The only real problem was trying to drive and shoot at the same time. Some kind of gameplay compromise needs to be created that allows for ease of shooting. But don’t make it too easy. Perhaps they need to take the idea used in LA Noire where if you’re with another character they have the option to drive.

The weapons of a GTA game can sometimes make or break certain moments and missions. Adding some new melee weapon types and some weapons we’ve never seen before could spice up the gameplay a little more.

One of the most unique aspects of GTA IV was the inclusion of having characters be able to call you while you’re either on a mission or while you’re just roaming around. They could call you to update you on something going on in the story, or they could call you in to hang out. When you pick them up the characters would have meaningful conversations that also worked as great story exposition. It was natural storytelling that let you get to know characters and get a greater sense of their depth. Bring that back! However, don’t have the phone calls come in with as much frequency as IV had. Make hanging out largely on the player.

What made GTA IV such a masterpiece, above the story, above the gameplay, above the satire, and even above the characters was Liberty City. Liberty City felt like a real place to the point that you could almost smell it. The sights and sounds just seemed so real. NPCs were interacting with one another to the point that you could just drive around and not have to worry about causing mayhem because the game could make its own. Radio stations, comedy clubs, fast food places, internet cafes all added to the feeling that there was life. You could check the internet and see stories that you had just participated in. You would hear radio announcements. Liberty City had a pulse. Let’s hope that Rockstar remembers that and manages to bring just as much life to Los Santos.